Today we are off for a full day tour to explore Bruny Island compliments of Under Down Under on this tour.

We woke up to another perfect weather day in Hobart. Each night the weather forecast for the next day is rain and each morning we wake up to blue skies, just hope I haven’t put the jinx on it now.

Matt our guide picked us up nice and early and as we are the last pick up of the day the tour began straight away. We were all discussing the Aurora Australius, the Antarctic Icebreaker at dock in Hobart so Matt took a quick detour past the CSIRO Antarctic division. It is a huge facility but only a small part of the support facilities for research on the Antarctic. It was only a few minutes out of our way and it was nice of Matt to swing by there for us. 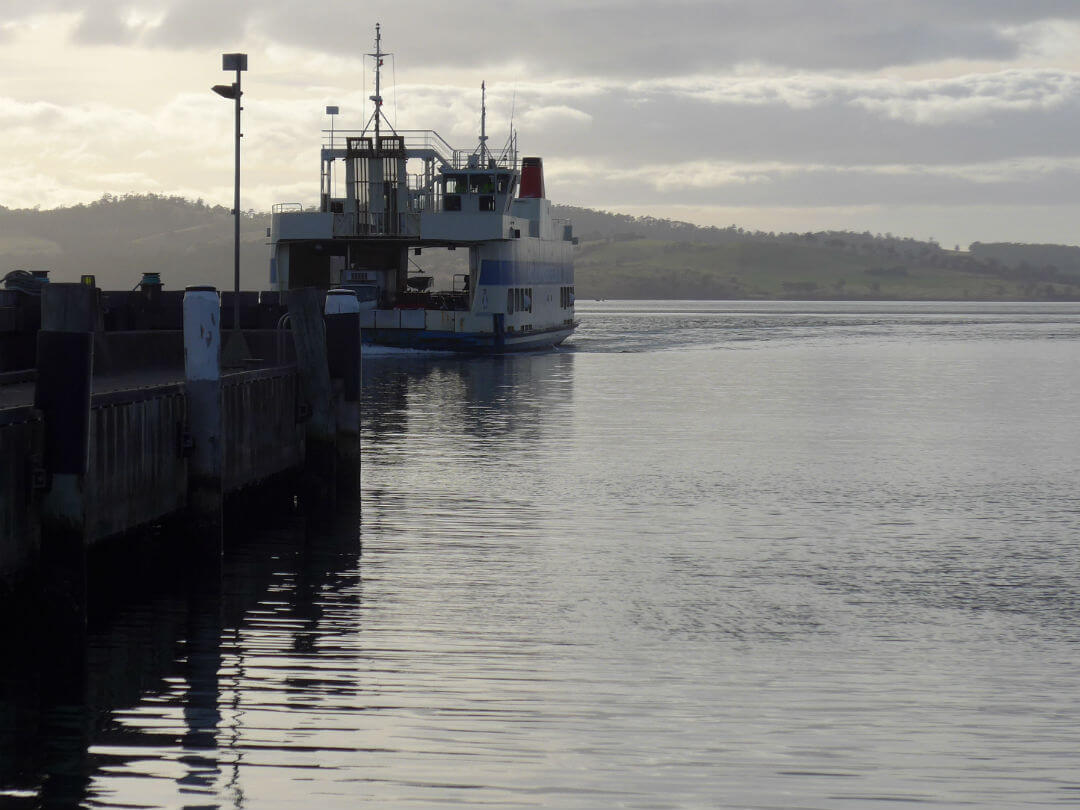 Next stop the Bruny Island ferry which is a pretty cool double decker car ferry. While some of our group headed inside the cafe for a cuppa we took a walk around the Kettering foreshore. Some of the houses in the area are very pretty and we got to see a little bit of birdlife, although we were undecided whether the large bird we saw was an Albatross. I am not sure if taking a short ferry ride makes me a sailor but Albatrosses are meant to be good luck for sailors so I am taking this as a good sign.The ferry ride is very short and the sea so calm it is hard to actually tell when you have left the wharf, looks like my Albatross luck is paying off. 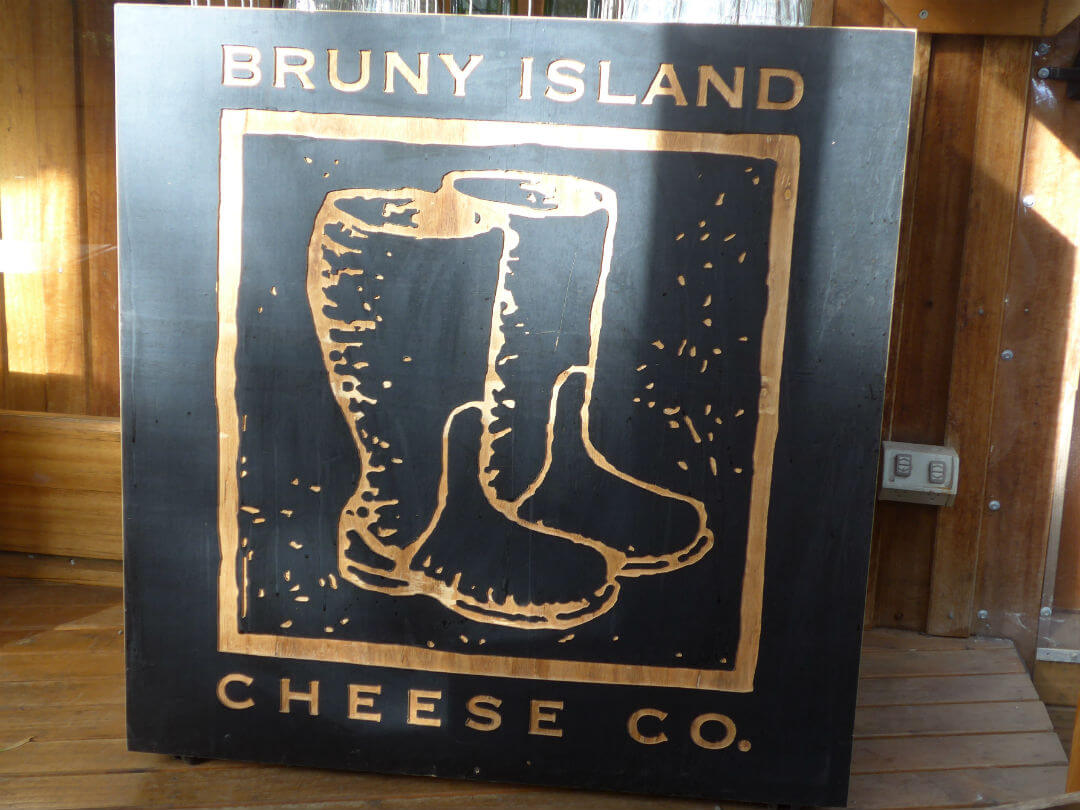 First stop on Bruny Island was Bruny Island Cheese where I picked up some cheeses to take home. They give their cheeses names, so I took home George and Tom who both turned out to be really nice cheeses. But my favourite part was the wood oven they use to bake their own bread, fresh bread and a warm oven, beautiful.

Then onto Bruny Island Honey, where at least I tried some of the locally produced honeys while all the girls were more interested in patting the dogs. Although I must say I was a little hesitant on rubbing the honey on my skin. It is meant to be good for you and give your skin a healthy glow, but just a piece of advice for the rest of the day you will be very appealing to ants. 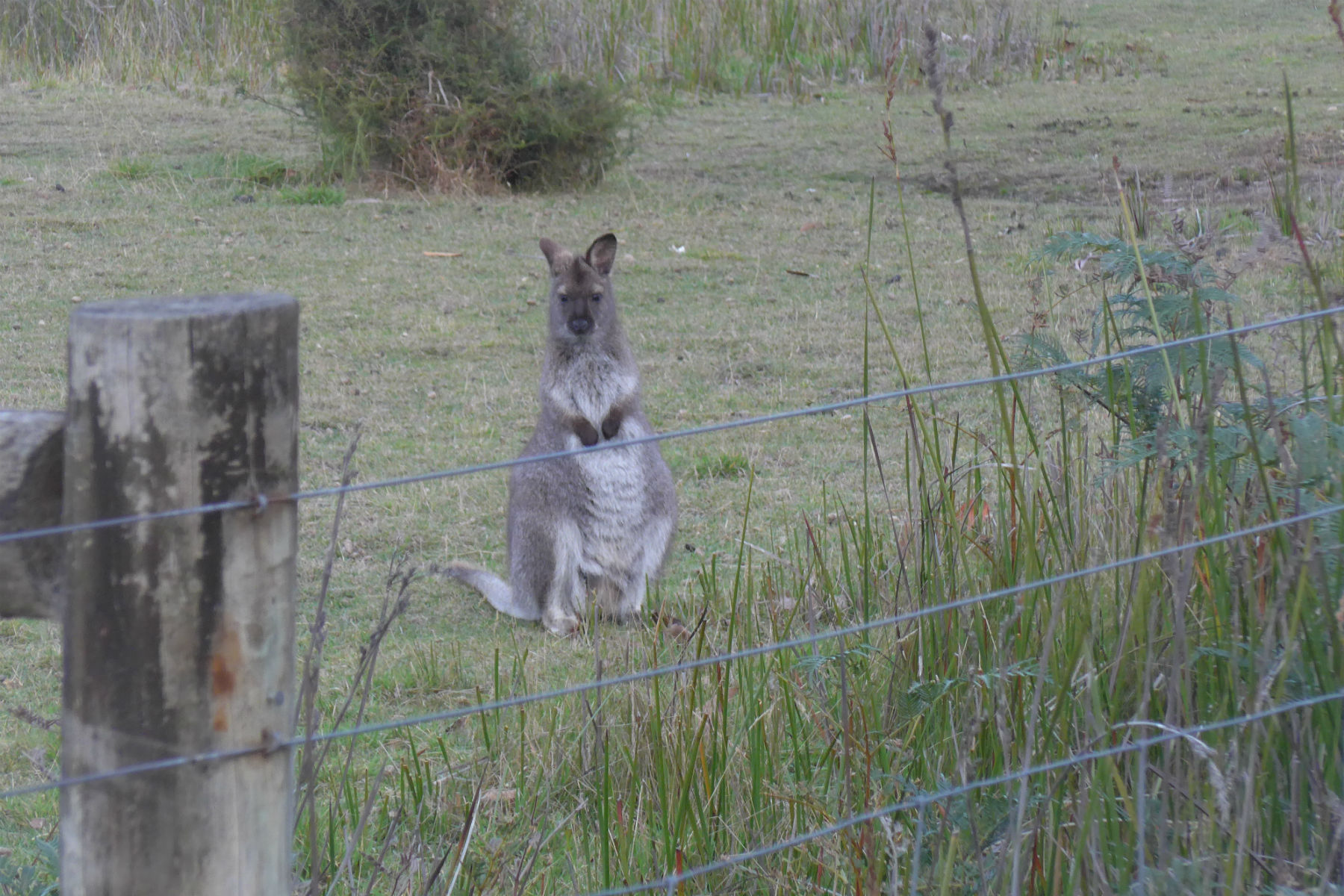 We skipped the ‘neck’ lookout on the way to Cape Bruny Lighthouse as the crowds are always bigger in the morning. This also meant that when we got to the lighthouse there were not too many people there. The lighthouse, which since 2000 has been part of the South Bruny Island National Park, was built in the late 1830’s which is around the time when everything was being built in Tasmania.

It is a short hike up to the lighthouse where there is nothing between you and Antarctica. The wind comes straight off the ice and is rushing to head north and get warmer, so it doesn’t go around you it goes straight through you, brrrrrr, luckily Matt advised us to layer up before we headed up the Cape. Surprisingly for a small round structure the lighthouse provides good protection from the wind. 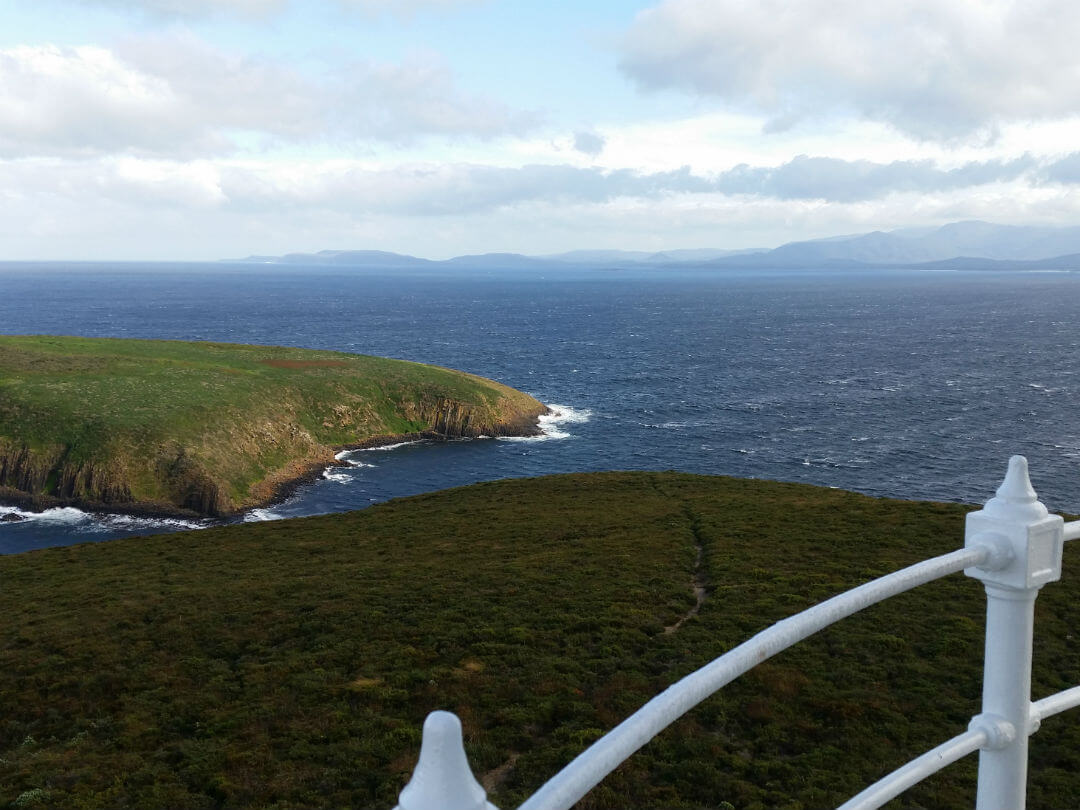 Want to find out more about Tasmania? Including our favourite tours, latest specials, travel information and plenty more. See our Tasmania Things to Do Travel Guide.

If you wish to take a lighthouse tour you are advised to book one of the tours where the lighthouse is included, otherwise you may find the lighthouse closed. I was lucky that we arrived before the main tour groups so it was possible to tour the lighthouse. But I needed to pay for that separately and I had left my wallet in the tour bus. We were all going back to the bus anyway so I grabbed my wallet and headed back to the lighthouse while everyone else headed down to the beach.There was a tour group on their way so I got a shortened private tour before they arrived. I got to learn about the history of the lighthouse and the keepers and if the wind isn’t too bad I would get to see the view from the top.  The guide check all my pockets were zipped up and my camera was strapped on and as he is struggling to open the door against the breeze he commented it was a nice calm day today, not sure I want to be there on a windy day! The view from the top is well worth the walk and you get to see inside Australia’s longest continuously operating lighthouses. Although the lighthouse is no longer in use and most of the mechanisms that drove the light are in the museum near the carpark, it is still a worthwhile side trip if you can do it. 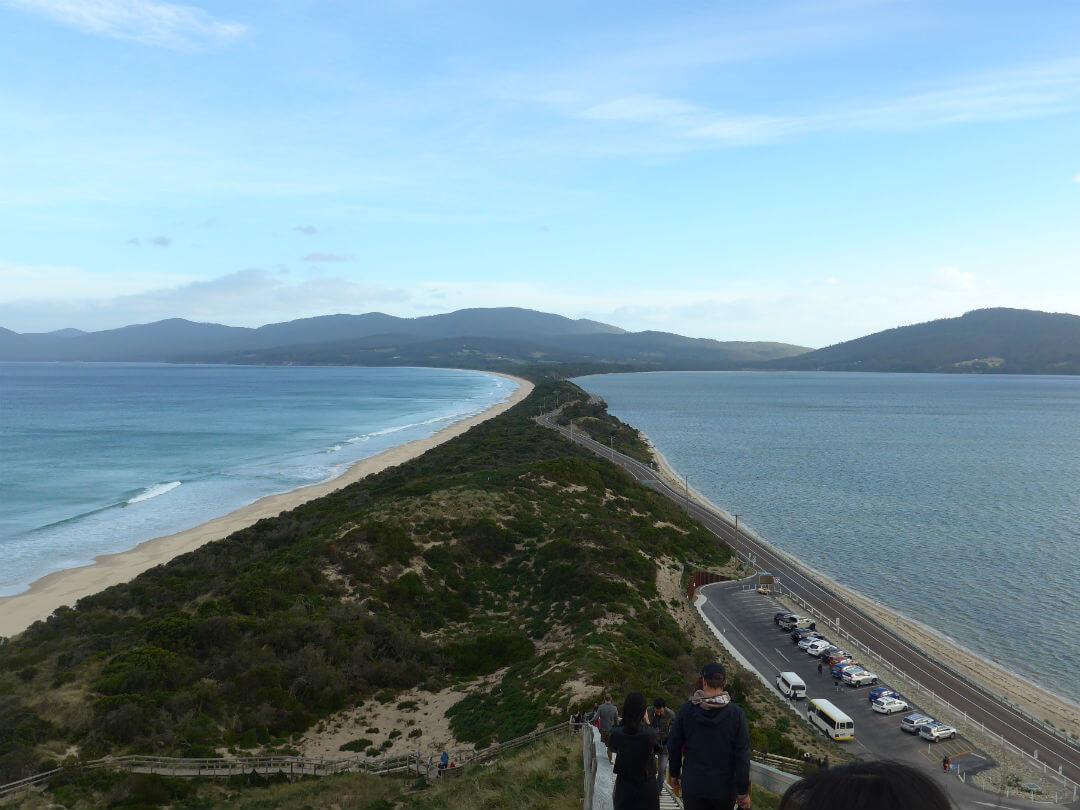