The highest point of the island is the summit at 269M. There is a walking track to the summit and also another ‘paved’ path to the light house on the main island. The lighthouse has been replaced with an unmanned light house on Little Fitzroy Island and was the last staffed light house in Australia to be built, in the 1970’s.

The traditional owners, the Gunggandji people, called the island ‘Gabara’ meaning the fist, symbolising that the island was separated from the mainland as sea levels rose and all that is left above the water now is the fist.

Captain Cook named Fitzroy Island, and the opposite mainland point, Cape Grafton, after the Prime Minister of England when the Endeavour set sailed, the Duke of Grafton, Augustus Fitzroy.

The island has a chequered past, used as a Quarantine station during the gold rush era, an Anglican Mission and a Radar Station during the second world war. It is now a popular tourist destination and the home to an important turtle rehabilitation program. 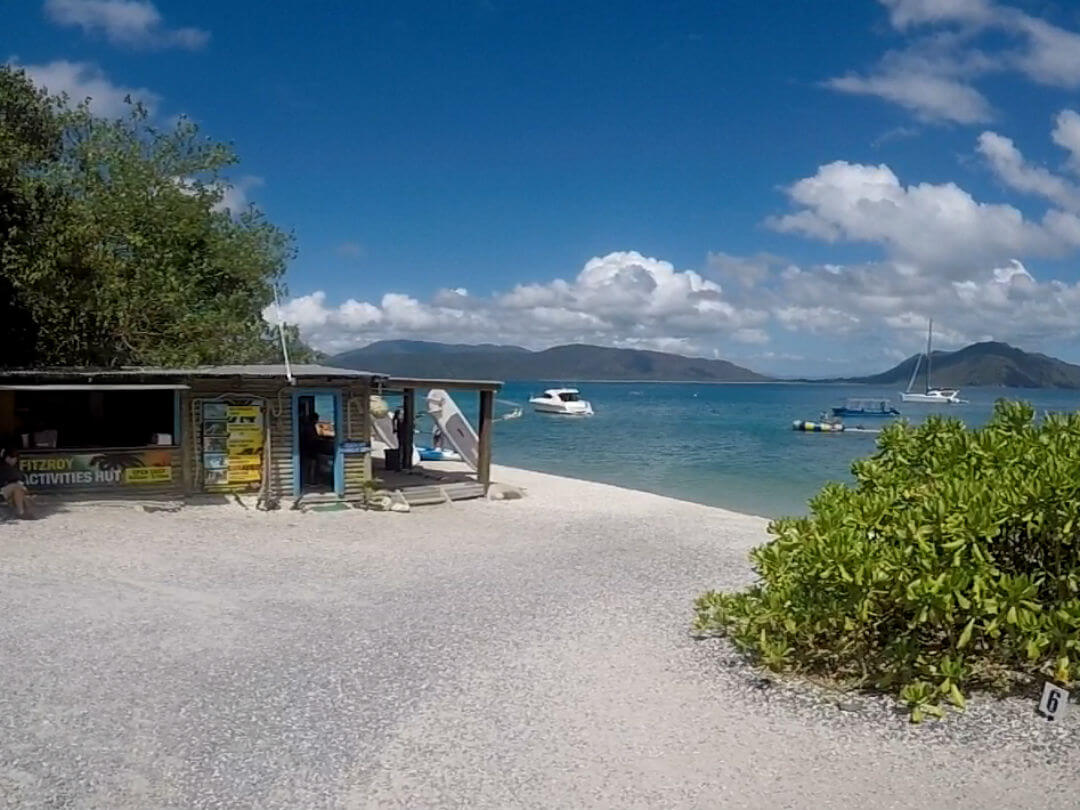 Getting to Fitzroy Island

There are a number of different companies offering tours to Fitzroy Island, with all of them depart from the Cairns Reef Fleet terminal in the heart of the city. The trip takes about 45 minutes, with part of the trip in the sheltered waters of Trinity Inlet and always within site of the mainland for the journey.

You can book just the transfers or tours that include snorkelling, glass bottom boats and Island activities here. 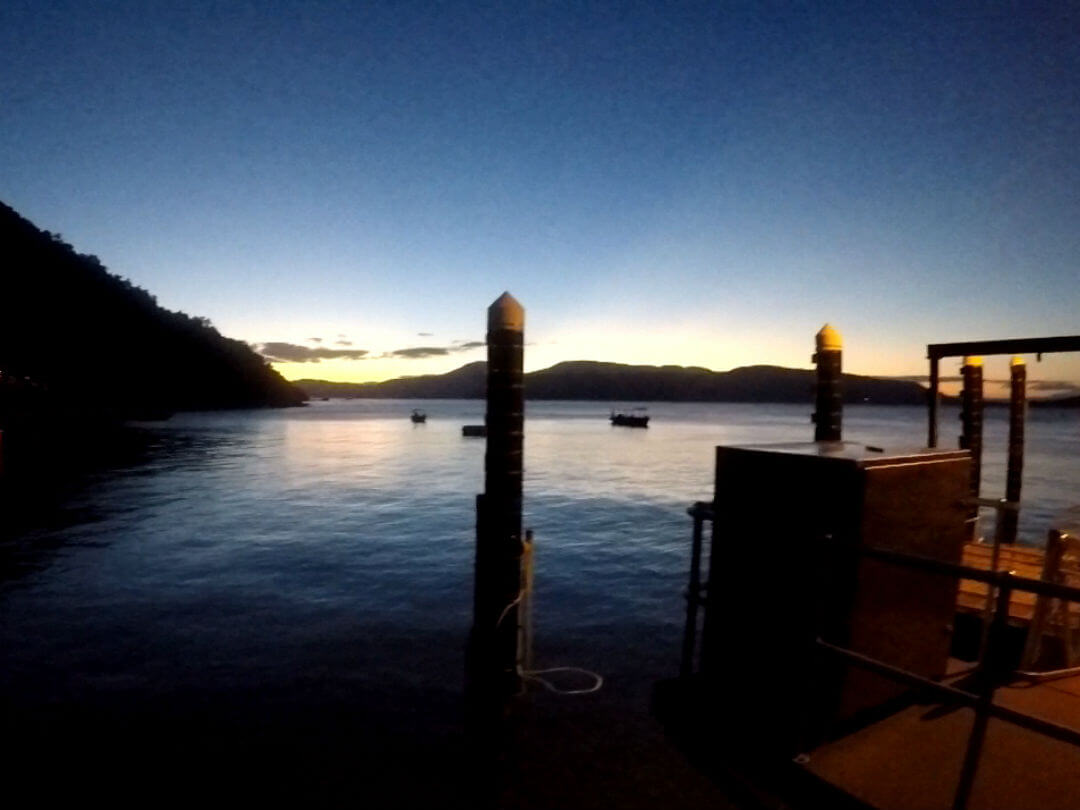 Most important thing first, Nudey beach is not a clothing optional beach, some people argue that it never was and is named in honour of Sir Reginald Nudey from Nether Wallop.

In 2010 when the island’s resort was renovated, the reputation of Nudey beach didn’t fit in well with the island new focus.

Nudey Beach is a sandier beach than the coral beaches on the rest of the island and is quite secluded.

It is reached via a track from the main resort. The track is mostly paved but does include some stone steps and boulders in sections that can be difficult to traverse.

Follow the rocky track from the western end of the main resort, detour off the Nudey Beach track for the short walk on the Secret Garden Track. The walk follows a creek line with a series of signs and platforms uncovering the secrets of the flora and fauna that inhabit this area.

This ‘road’ is actually a steep concrete set of wheel tracks starting at the northern end of the camping area and ending at the lighthouse. The track is steep but the view from lookout is a handsome reward for the effort. Walkers can return via the same path of take the alternate summit track.

The summit can be reached from two different directions. Either via the turnoff at about 1.6 klm along the lighthouse road or from the separate trail starting in the camping area. The trail can be walked in both directions with the more popular option to follow the lighthouse path up and the summit trail down. The track is quite steep and rough but as with the lighthouse path the summit has amazing views. From the Summit you have an 360 degree view of the island. Areas of the summit may be closed so please observe all safety fences and warnings.

This map of the Fitzroy Island National Park shows the general location of the walks. 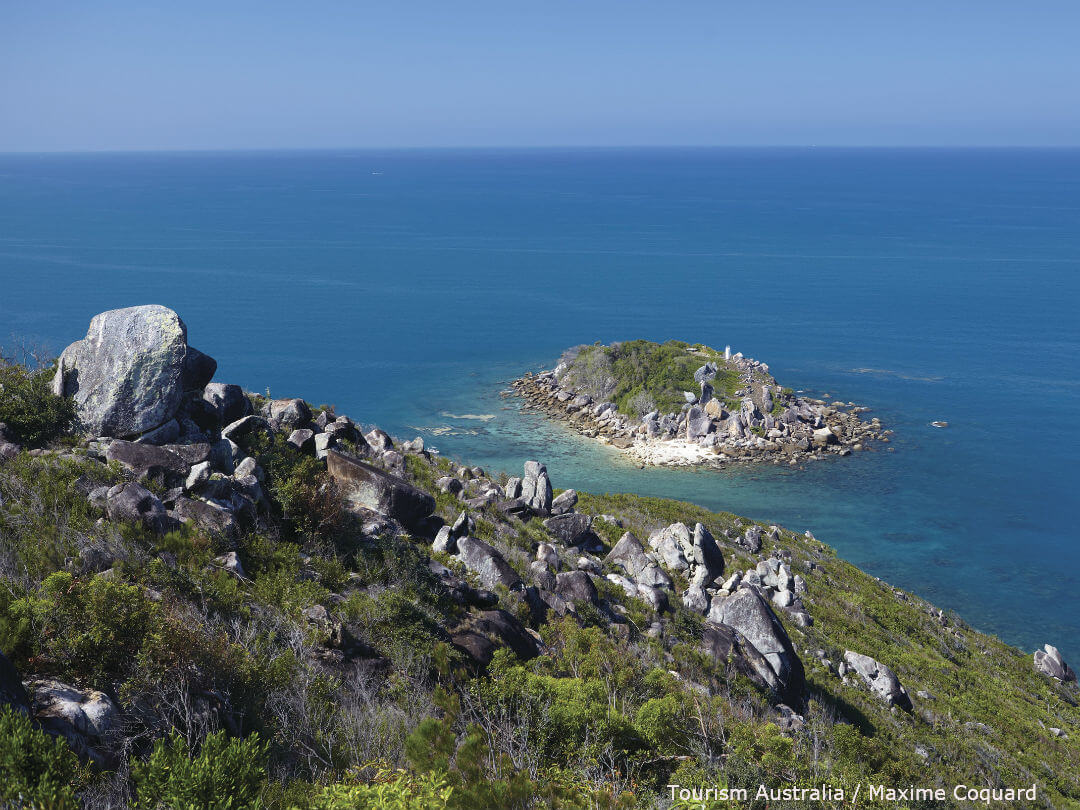 See all our Fitzroy Island Tours

Officially opened in 2013 the Fitzroy Island project is part of the Cairns Turtle Rehabilitation Centre, maintained by volunteers and relying on public generosity for the rehabilitation of sick and injured turtles. The centre has an amazing success rate, one of the highest in Australia and has featured on National Geographic and Bondi Vet.

Educational tours, 2pm daily, can be arranged via the resort reception. 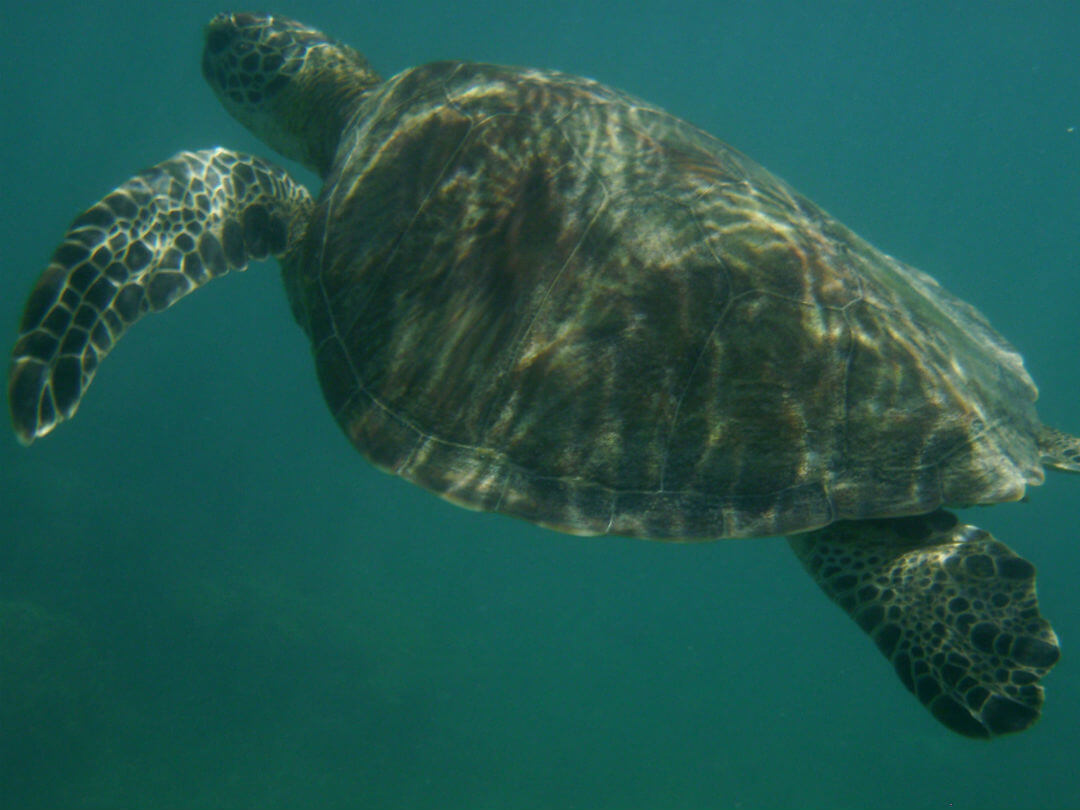 Once you are on Fitzroy Island there are plenty of water activities to fill your day.

You can hire Kayaks, Stand Up Paddle Boards and Snorkelling gear from the Beach Hire Hut, of course these can be pre-arranged. You can even hire a glass bottomed kayak so you and a friend can spend some time looking for Nemo.

Snorkelling and diving should only be undertaken off Welcome Bay (where the ferries arrive) and Nudey beach. Currents in other locations can make snorkelling and diving hazardous. During the warmer months, marine stingers can be present, the smallest of these, the Irukandji, is extremely small and almost impossible to see. 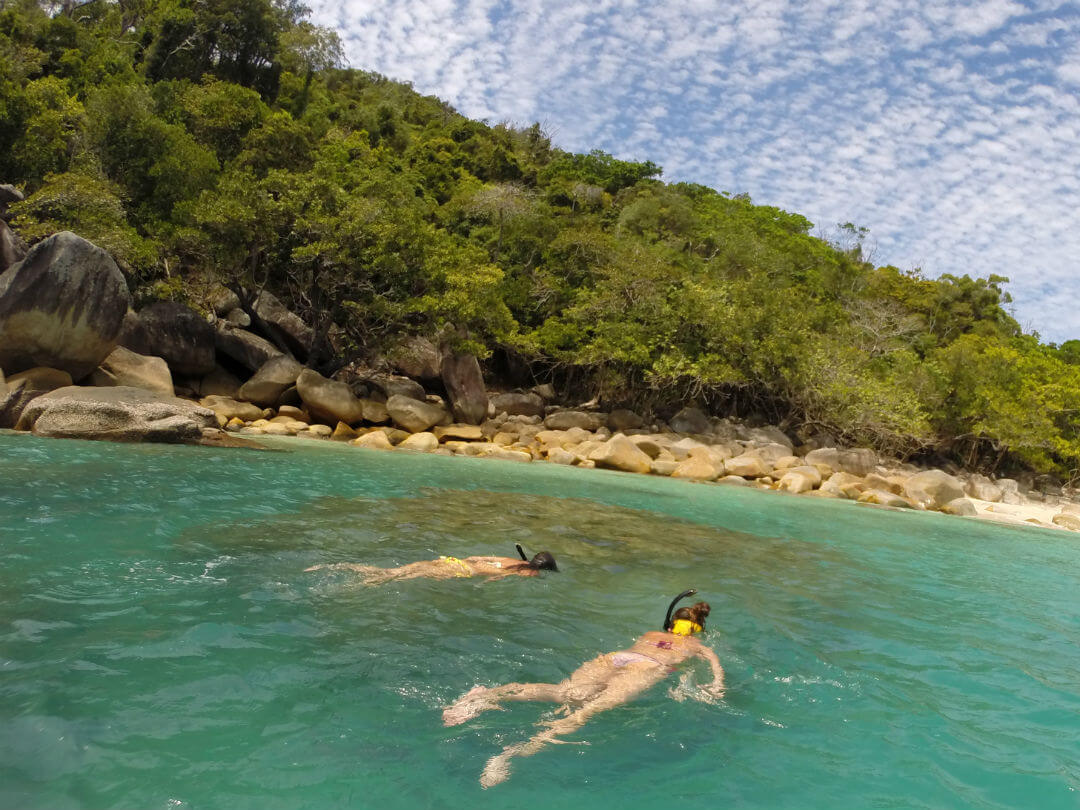 A day trip to Fitzroy Island is fantastic but there is so much to see and do you might want to stay a little longer. Unless you are lucky enough to have your own boat then there are  two accommodation options on Fitzroy Island, camping and the resort style accommodation. Both options are managed by the Fitzroy Island Resort. 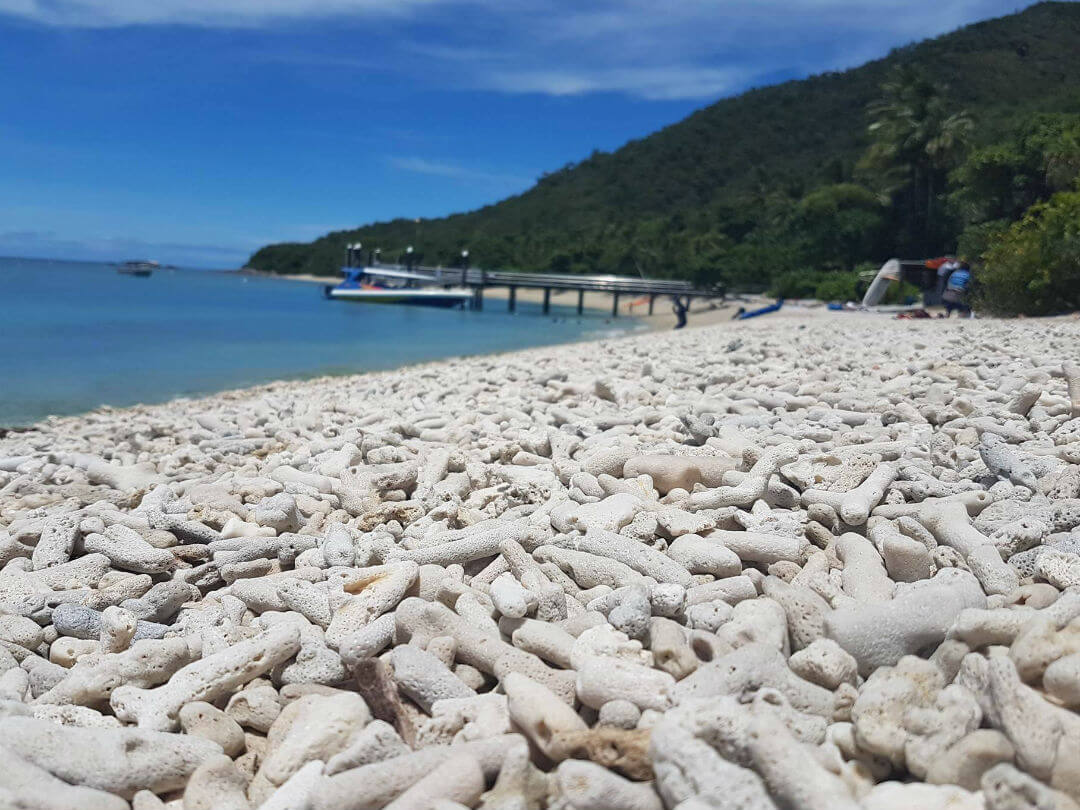