Our family of 4 experienced the full day Blue Mountains and Jenolan Caves tour earlier this year.  We started the day with a pick up from our Pitt Street hotel in the centre of Sydney at around 7.45am.  It certainly lives up to being a full day tour as we didn’t return to the hotel until about 7pm!

The driver was very informative, telling us about the development of Sydney as we headed west towards the Blue Mountains. We caught a glimpse of the stadium that hosted the 2000 Olympics on the way. It took about 90 minutes to reach our first stop of Leura which appears as a quaint township with its main street full of galleries, coffee shops and antique stores. Having not had breakfast, we decided to follow our guide’s advice and went into Loaves and Dishes for delicious coffee, toast for my wife and I, and pancakes for the kids! We decided to buy some takeaway lunch which we thoroughly enjoyed when we reached the Jenolan Caves. We had a short time to explore the main street of Leura before reboarding the large luxury bus for the drive to Echo Point. 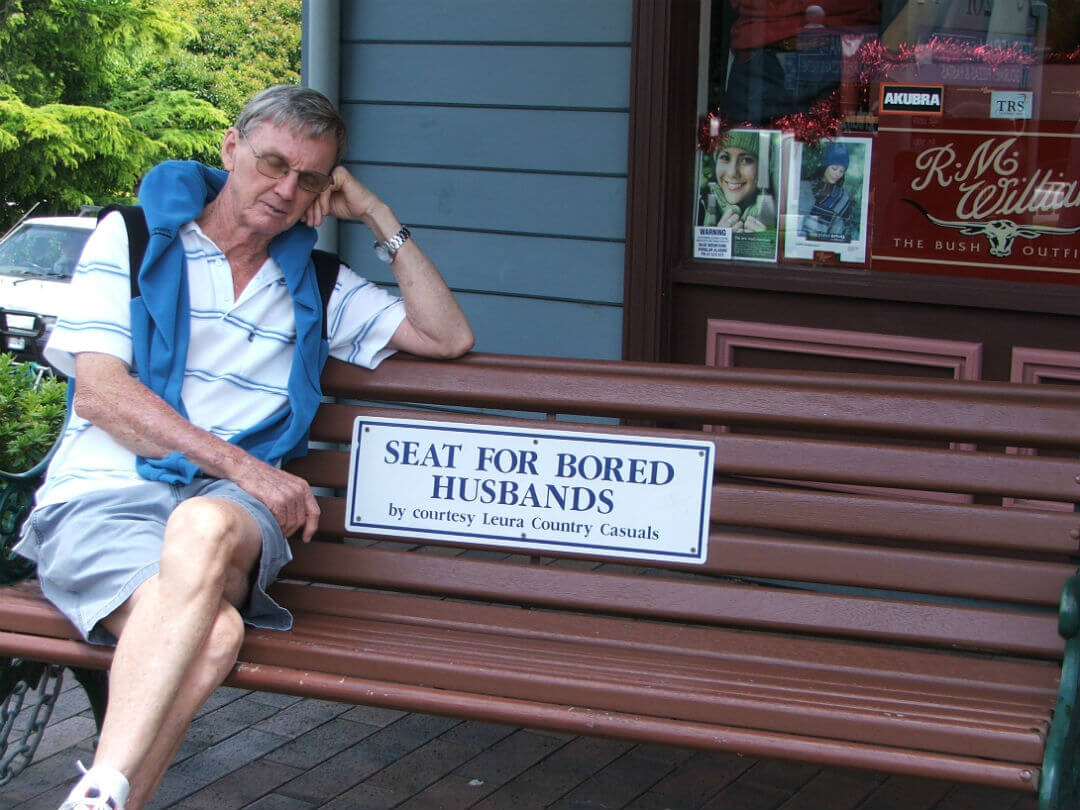 Wow – Echo Point is the best place to view the famed Three Sisters. Our guide entertained us with stories of the ancient Aboriginal Dreamtime and also explained why the mountains are blue. Read on and I will tell you the answer to that. We spent about 20 minutes here and had ample time to take photos of the Jamison Valley and marvel at the colours of the columns. Aboriginal legend has it these represent three sisters, Meehni, Wimlah and Gunnedoo who were turned to stone by an elder. 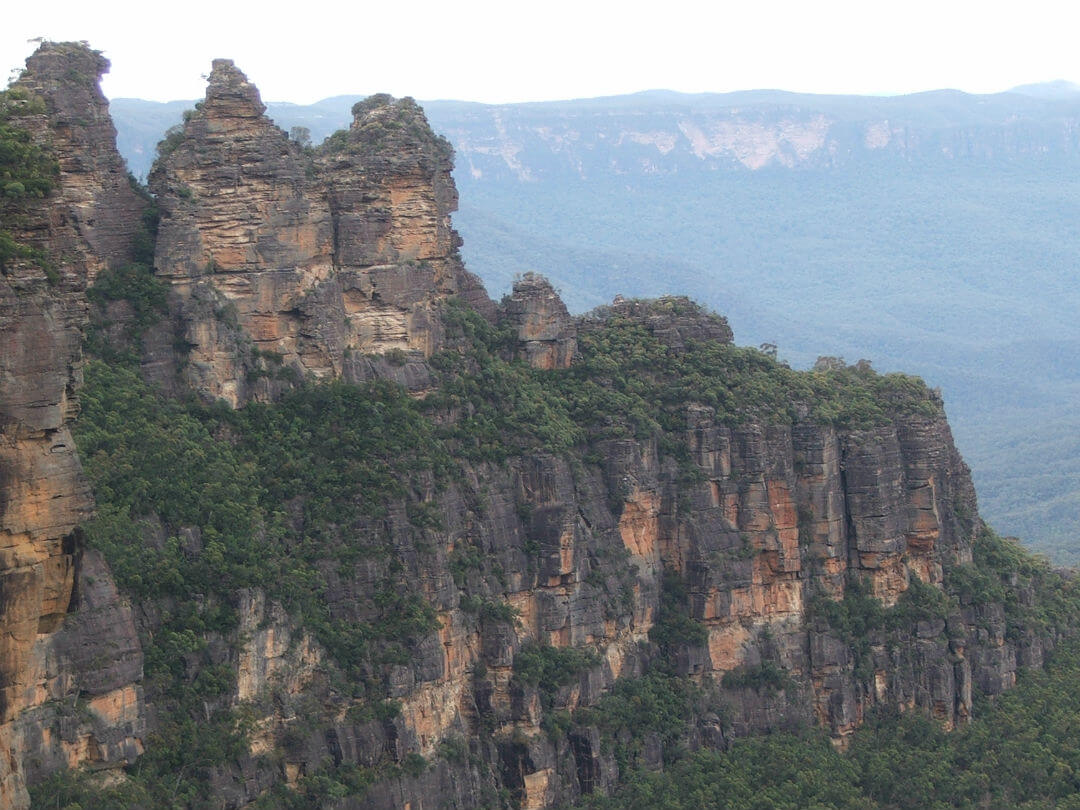 See all our Blue Mountains Tours

Want to find out more about the Blue Mountains? Including tours, latest specials, travel information and plenty more. See our Blue Mountains Things to Do Travel Guide.

From Echo Point we travelled a further 75 kilometres to Jenolan Caves. We entered the Grand Arch and were introduced to the professional cave guide. He took us on a 90 minute tour of the cave system and provided very detailed information about the caves. He explained the Jenolan Caves are actually 9 different caves that stretch some 40 kilometres and are a labyrinth of passages, underground rivers and limestone formations.

Today we were shown the Lucas Cave which is the largest one. The cave has a series of chambers and we were looking at the largest one, the Cathedral which is 52 metres at its highest point. There is amazing lighting installed and the acoustics are incredible – our guide said this is Cave is a sought-after wedding venue and I can understand why – simply breathtaking…. although that may also have something to do with the 300 steps it takes to reach! 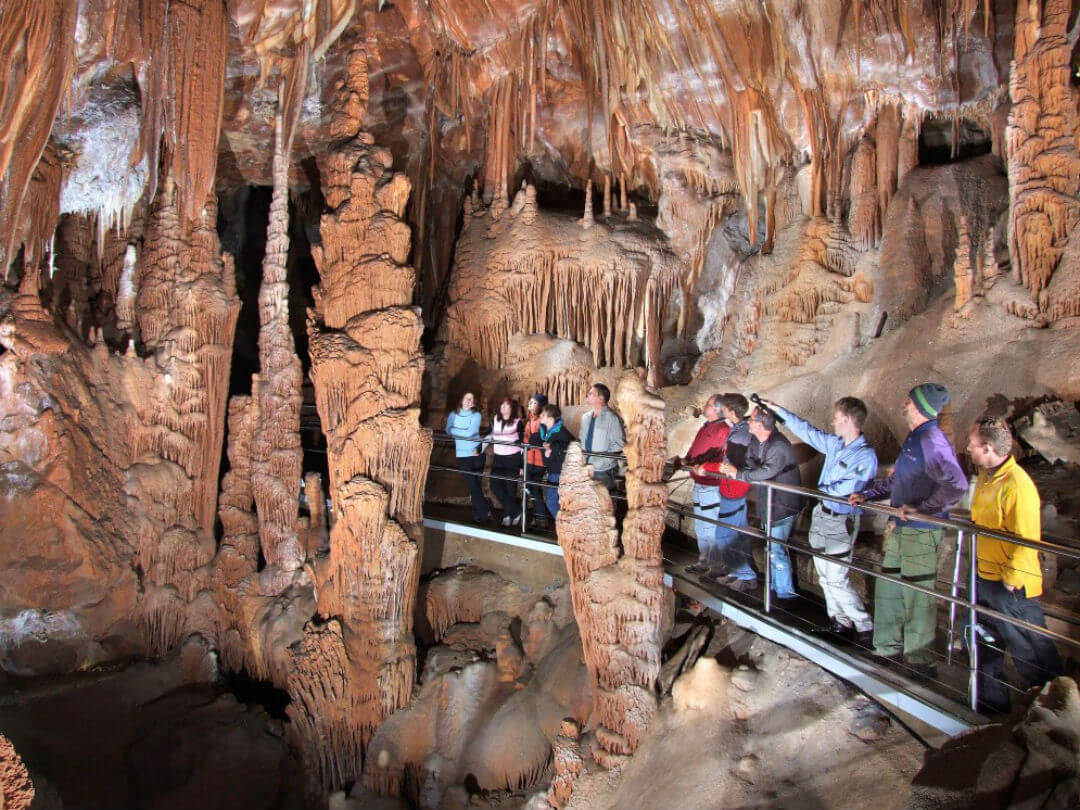 Afterwards we went to the Blue Lake. It was about 3pm so our guide suggested looking for platypus which are known to inhabit the lake. Sadly we didn’t see any today, although there was some evidence of their nests. The Blue Lake gets its colour from the minerals that seep through the caves, although later in the day it was not as blue as I was expecting it to be. We spent about half an hour here and to be honest, were looking forward to getting back on the bus and heading home. 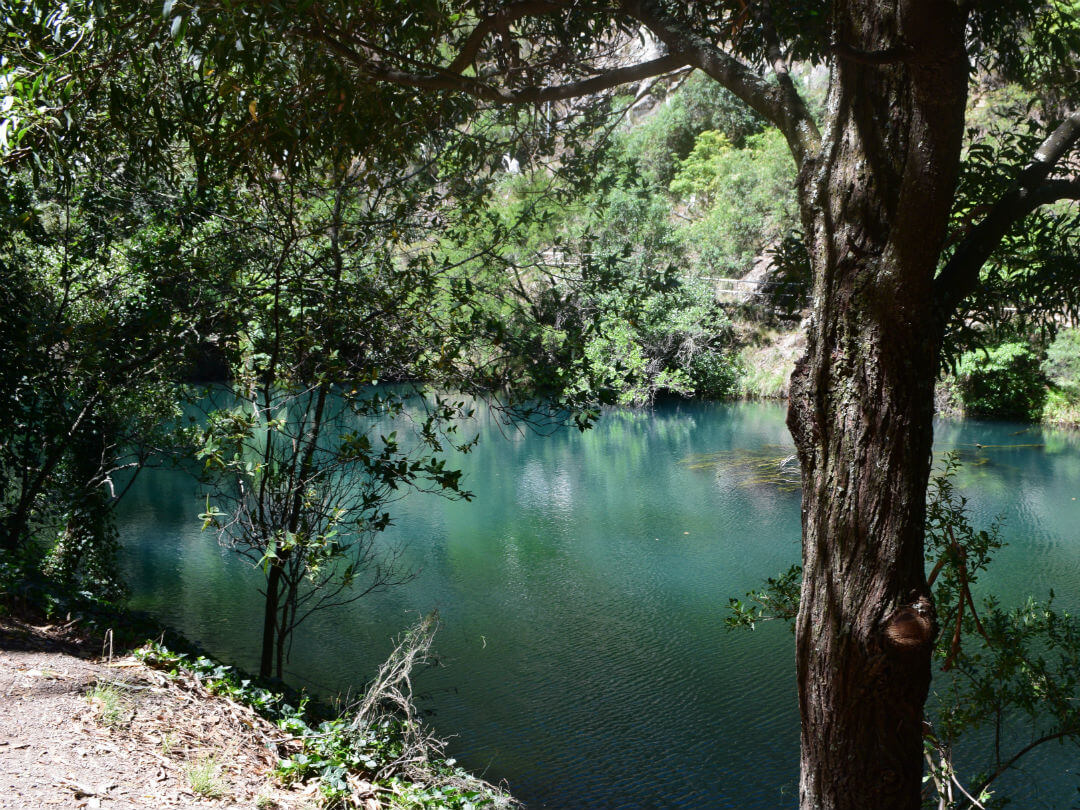 Want to find out more about the Blue Mountains? Including tours, latest specials, travel information and plenty more. See our Sydney Things to Do Travel Guide.

The drive back to Sydney took about two and a half hours and most on the bus used this time to nap and plan future activities.  We thoroughly enjoyed the tour.

As promised earlier, the answer to how the Blue Mountains get their colour is from the oils in the eucalyptus leaves.  The oil evaporates and is carried in the air and as light shines through, it gives off the blue hues. 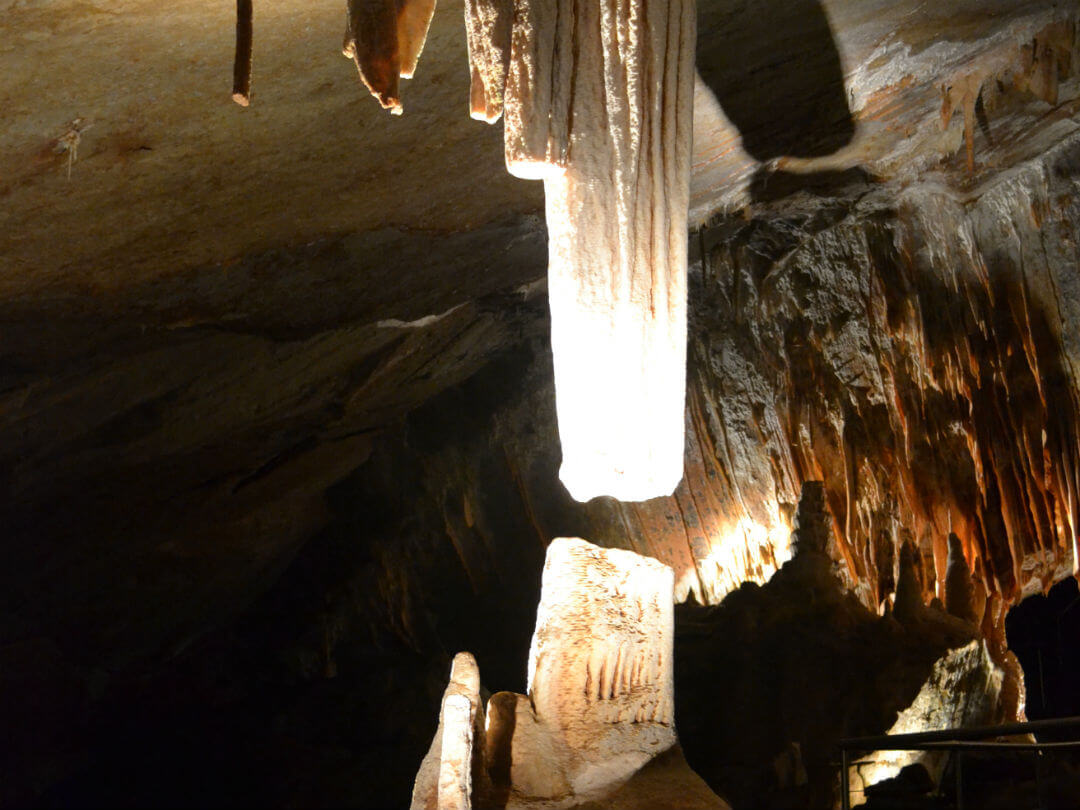