The stunning Tiwi Islands – which are colloquially known as the ‘Island of Smiles’ – are famed for the traditional lifestyles of their Indigenous occupants. The ‘Tiwi People’s’ beautiful art and crafts adorn the Islands landmarks and art galleries and attract visitors from near and far, who visit to learn about the customary Tiwi way of life.
This group of Islands is home to much more than an amazing group of people though – the Islands are a sanctuary for many threatened and endangered plant and wildlife species. These plants and animals are protected from the usual threats to their existence because of the Islands remoteness, making this area a vitally important conservation refuge. The beauty of the Tiwi Islands is that you can visit and observe many of these species in their natural habitat, even if you do not venture far from the local villages!
Located 80km north of Darwin, the Tiwi Islands consist of two primary islands – Melville and Bathurst Islands – as well as nine smaller islands (Buchanan, Clift, Harris, Irritutu, Karslake, Matingalia, Nodlaw, Seagull and Turiturina), combining to cover an area of 8,320 km².
Still inhabited by around 3000 descendants of its pre-European Indigenous population, the Tiwi Islands are an extremely popular tourist destination for those wishing to learn about Australia’s traditional past. 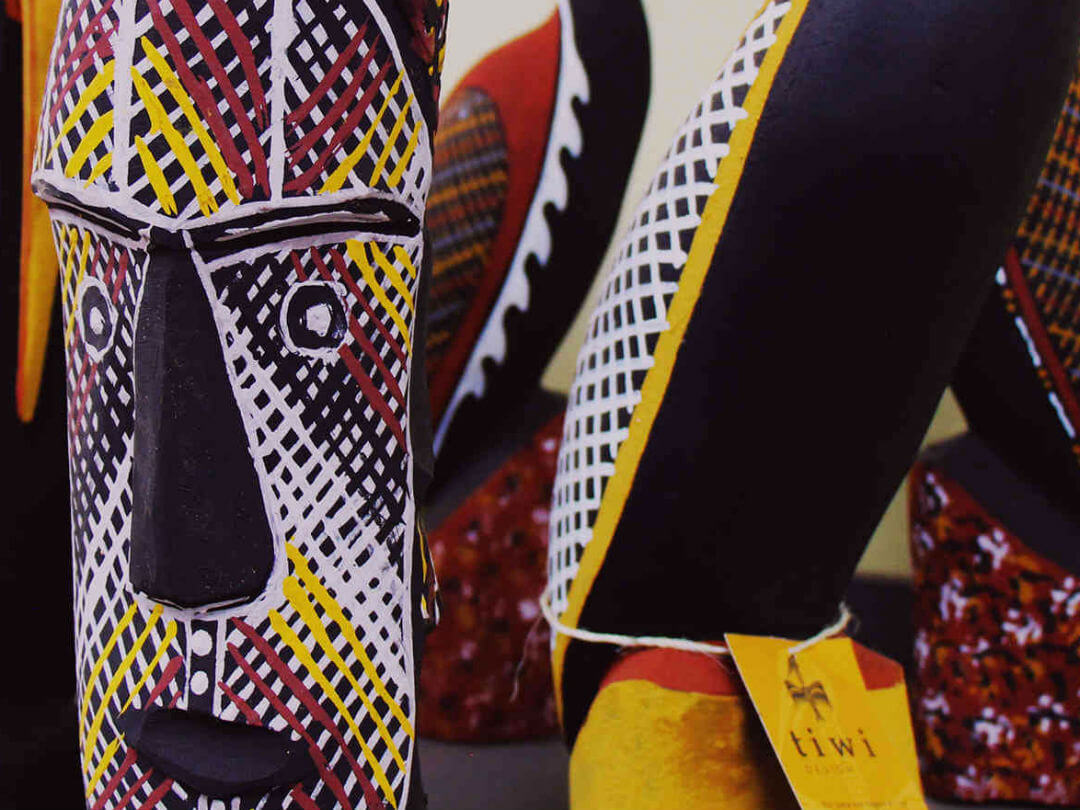 See all our Tiwi Island Tours
Melville Island – which is the second largest island in Australia – is connected to Bathurst Island by a car ferry over the Apsley Strait. The Tiwi Islands themselves are accessible by air or sea. The Indigenous inhabitants of the Islands identify themselves as the Tiwi People, distinct – both culturally and linguistically – from their Arnhem Land counterparts. The Tiwi People make up around 88% of the Tiwi Islands population (~2,500 in number) and the majority live in Wurrumiyanga on Bathurst Island, as well as Pirlangimpi and Milikapiti on Melville Island.

It is thought that the Tiwi People first had contact with non-Australian natives when Indonesian-based Makassan trepangers (sea cucumber collectors) and traders initiated contact as early as the 1500s. They then encountered Dutch explorers, who landed on the Islands in 1705. It wasn’t until 1824 that the first European settlement was established upon Melville Island, and this settlement – which was located near what is now known as Pirlangimpi –was the first European settlement in Northern Australia. This settlement was abandoned in 1829 though, due to the harsh conditions and the hostility of the Indigenous population towards the new settlers.

In 1911, Francis Xavier Gsell established a Catholic mission on the Tiwi Islands, which assisted the Tiwi People with access to welfare and education, but it is thought that there were also many negative affects created by the mission, such as the suppression of the Tiwi language and culture. Thankfully, there remains enough knowledge of the ancient Tiwi People’s culture today to keep the candles of tradition alight and to teach other’s about what remains.

Today, the traditional people of Tiwi are world renowned for their amazing and colourful art and craft works. If you happen to come across an Indigenous Australian art piece while overseas, there’s a good chance it was created right here on the Tiwi Islands. The Islands themselves are thoroughly decorated with the masterful designs of its people, including the schools, the church, the carved burial poles and within the many art centres dotting the Islands.

By visiting Tiwi Islands, you’ll not only be able to experience the creation of this art yourself, but you’ll also be able to see and appreciate the stunning natural environment that inspired many of the works. The pristine wilderness of the Islands has flourished in its isolation from the mainland of Australia. As a result, the vast, open eucalypt forests, amazing wetlands and gorgeous coastal areas are bursting with wildlife – much of which consists of rare or endangered species. Whether you’re after a wildlife experience, an Indigenous cultural experience or just a relaxing weekend away in a secluded location, Tiwi Islands is simply a place well worth visiting! 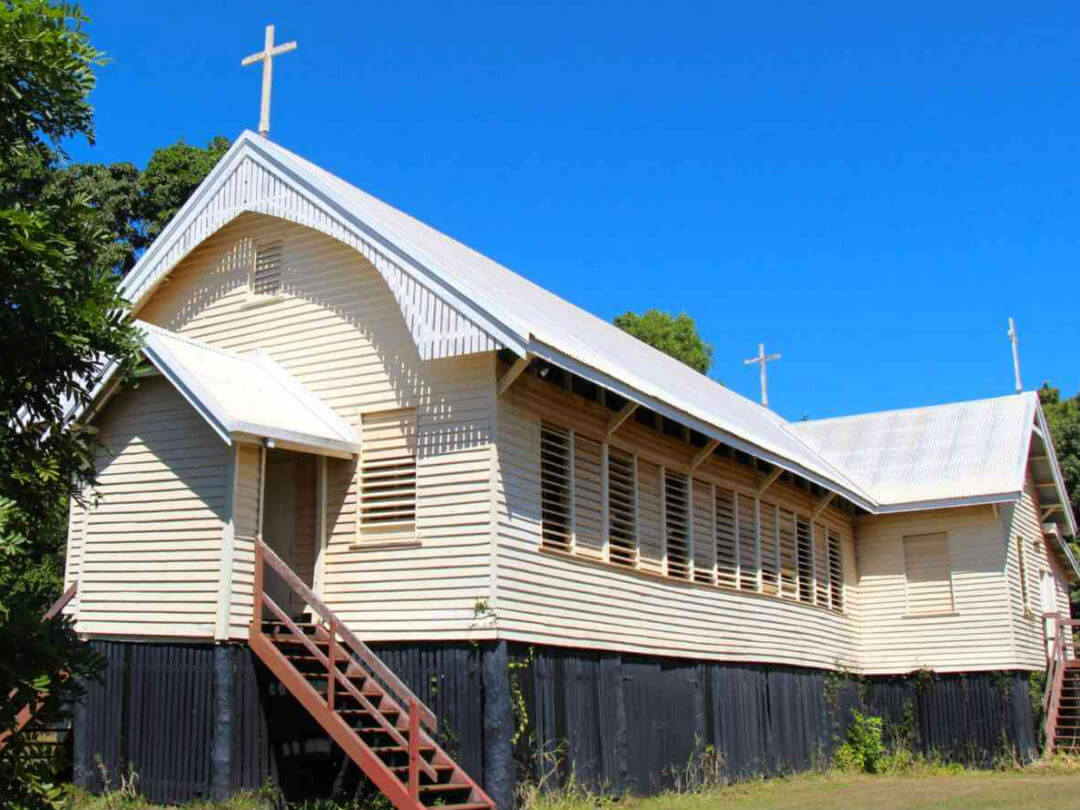 Want to find out more about Darwin? Including our favourite tours, latest specials, travel information and plenty more. See our Darwin Things to Do Travel Guide.

With the Northern Territory’s tallest open eucalypt forests, broad wetlands and even thick patches of lush rainforest (all growing on nutrient-rich soil, thanks to a lack of depleting agricultural practices); the Tiwi Islands have an ideal assortment of natural habitats that allows many forms of wildlife to flourish. Numerous estuaries, freshwater springs and mangrove swamps further contribute to this area’s sanctuary status, as does the particularly high rainfall.

Tiwi Islands are home to an astounding 38 threatened species, comprised of 19 plant and 19 animal species – and these are just the species that have been recorded so far, there may be more! Amazingly, the Islands also shelter a number of plants and animals that are found nowhere else in the world, consisting of around eight plant species, as well as some unique birds, dragonflies and snails.The Island’s endangered or critically endangered species include the Tiwi Hooded Robin (only found on Tiwi Islands but unfortunately not recorded there since 1992), the Tiwi Masked Owl, the Olive Ridley Turtle, the Atlas Moth and Dodd’s Azure Butterfly. Some of the threatened and vulnerable species living on the Islands include the Australian Bustard, Brush-tailed Rabbit-rat, Butler’s Dunnart, Carpentarian Dunnart, Cognate Land Snail, False Water-rat, Flatback Turtle, Green Turtle, Hawksbill Turtle, Land Snail, Merten’s Water Monitor, Northern Brush-tailed Phascogale, Partridge Pigeon, Red Goshawk and the Yellow-spotted Monitor.

Because of the Tiwi Islands’ phenomenal number of endangered and threatened species, there have been numerous conservation projects put into place to continue to protect these precious plants and animals. The Islands are dense with bird species and even contain the largest breeding colony of Crested Terns in the world. Because of this, the Islands have been named by BirdLife International as an Important Bird Area (IBA), protecting the breeding grounds of species such as the aforementioned endangered bird species, as well as Bush Stone-curlews, Beach Stone-curlews, Great Knots, Chestnut Rails, Northern Rosellas, Varied Lorikeets, Rainbow Pittas, Silver-crowned Friarbirds, Canary White-eye and Masked Finches, as well as White-gaped, Bar-breasted and Yellow-tinted Honeyeaters.

The Islands sea turtle conservation programs protect the important marine turtle nesting sites. The north-west coast of Melville Island, as well as Seagull Island are considered internationally significant due to the large number of Olive Ridley Turtles nesting within these areas. The Islands also take care of their vast range of marine fish by protecting the numbers caught. Catch and release programs on the Islands let keen anglers fish for barramundi, black jewfish, giant trevally, golden snapper, mangrove jacks, queenfish, saratoga, spanish mackerel and threadfin salmon (as well as many more species) without depleting their numbers.

Not only will your visit to the Tiwi Islands contribute to these conservation efforts, but you may even be lucky enough to spot an undiscovered species or a species thought to be extinct! Whether you aim to visit the Tiwi Islands for its gorgeous scenery, wild inhabitants or its Indigenous art, just be sure to bring a camera! 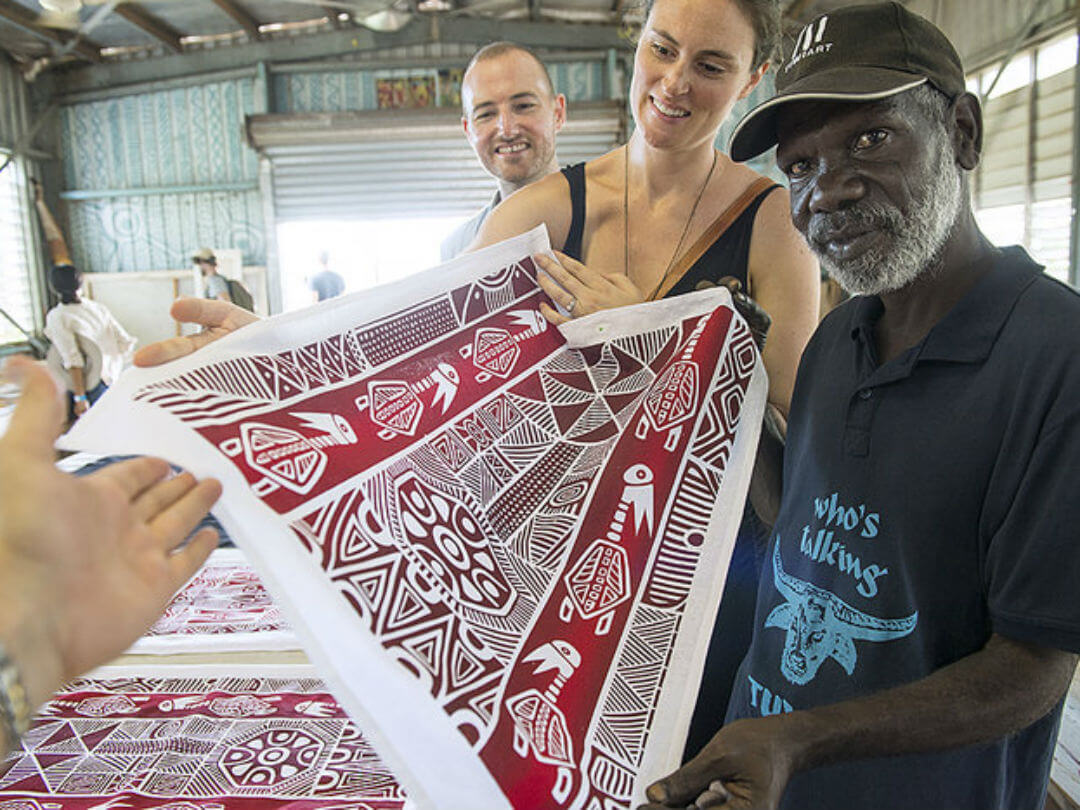